I’m not (entirely) ashamed to admit that I saw a very similar skirt on a woman at a party last year and this is a complete and unabashed copy. I figure this approach is more ethical than having waited on the street outside the party and rolled the woman for the skirt when she came out. My moral compass is functioning quite well, I’d say! 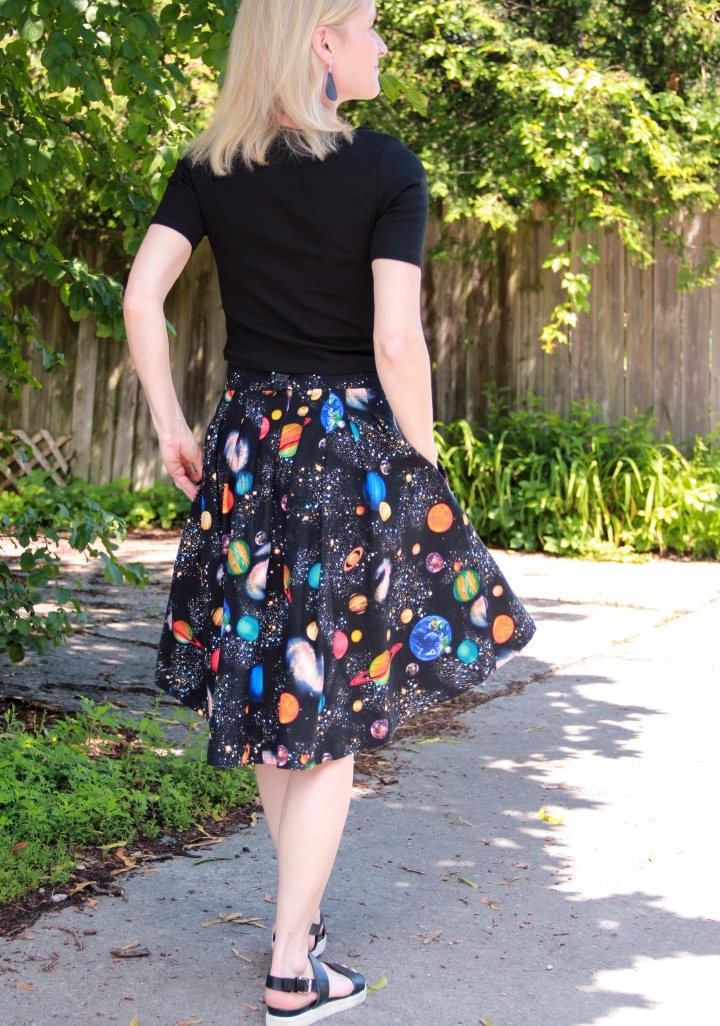 So yeah, I was at a party which happened to be a wrap party for the cast and crew of a TV show called The Expanse. It’s a Sci-Fi series about weird stuff going on amongst earthlings, martians, and “belters” (born in the asteroid belts) for which  my husband does sound design, so I get to feel important going to fancy parties and rubbing shoulders with a veritable who’s-who of the Canadian television industry. (If you know anything about the Canadian TV industry though, you’d know that normally I’m rubbing shoulders with the who’s-who on un-air-conditioned streetcars on the Toronto Transit System while we’re all on our way to our regular day jobs to earn some money. Haha.) Anyway, you can see where a skirt covered in planets and galaxies would be quite event-appropriate, so high-fives to the woman who rocked it! And high-fives to her for the inspiration. 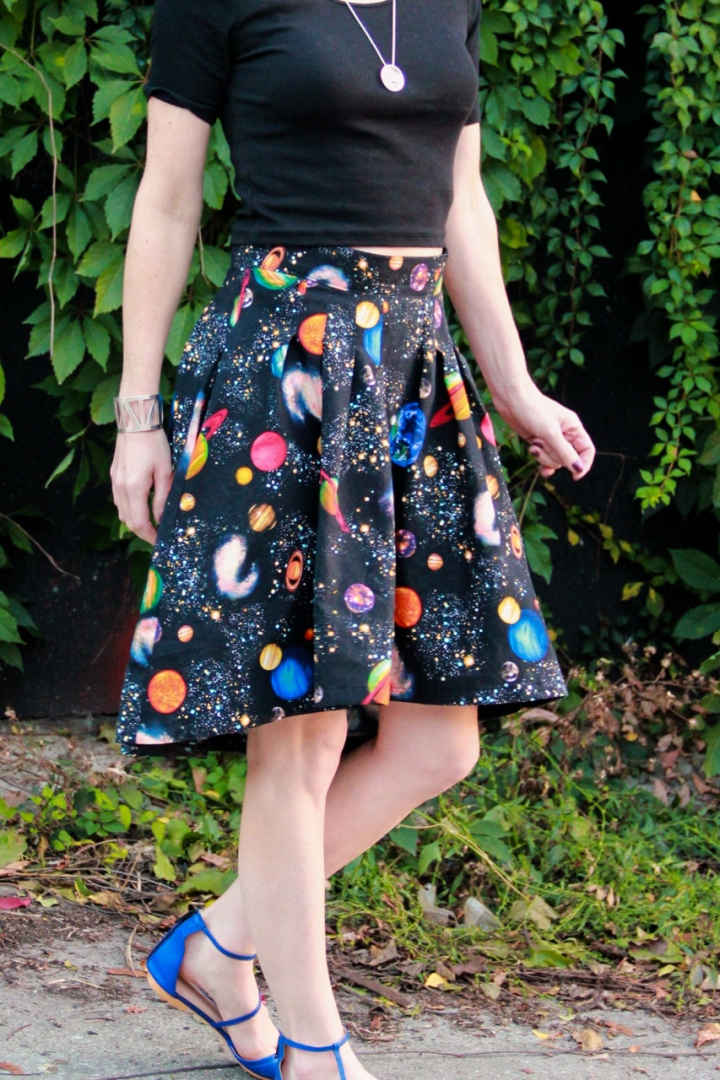 I found this Timeless Treasures cotton print online at fabric.com, and used the Zinnia skirt pattern, Version 2, by Colette. I adapted the design slightly to give it a hi-lo hem, and left off the belt loops. In retrospect maybe I should have lined it since the white wrong side of the fabric shows a bit at the back, but it doesn’t actually bother me. 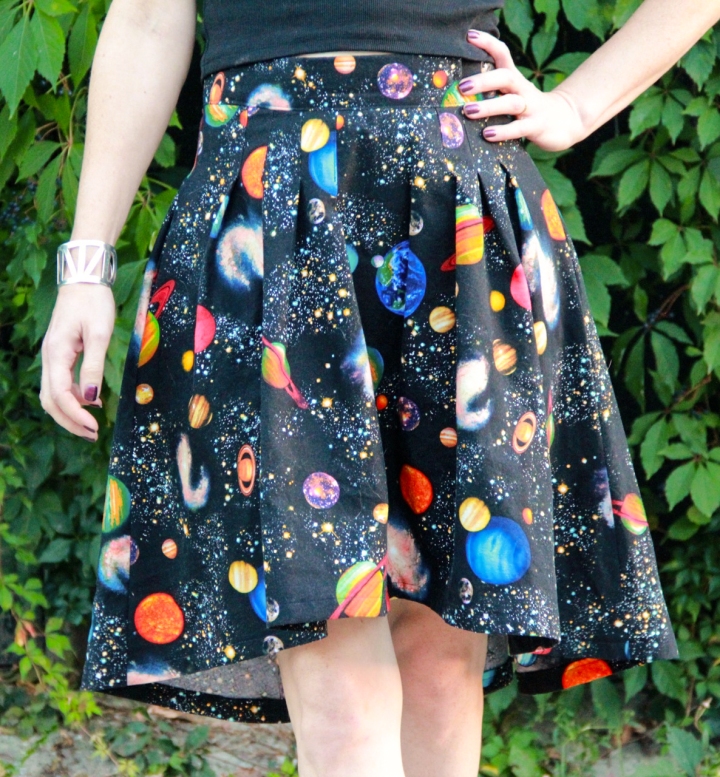 So I actually thought that I was not a fan of this style of full skirt. In the past when I have worn flared skirts I always felt a little too cutesy, sometimes frumpy. But I absolutely *LOVE* the shape of this skirt and I feel great wearing it. Surprise! I could even see myself making more Zinnias.

The pattern was extremely well written with great illustrations and it all came together quite…I was going to write “seamlessly” but that would be ironic, wouldn’t it? Let’s say easily.

Pockets. It’s got wonderful, roomy pockets! This skirt is great for summer but I have also worn it in Autumn with black tights and long-sleeved black shirt. 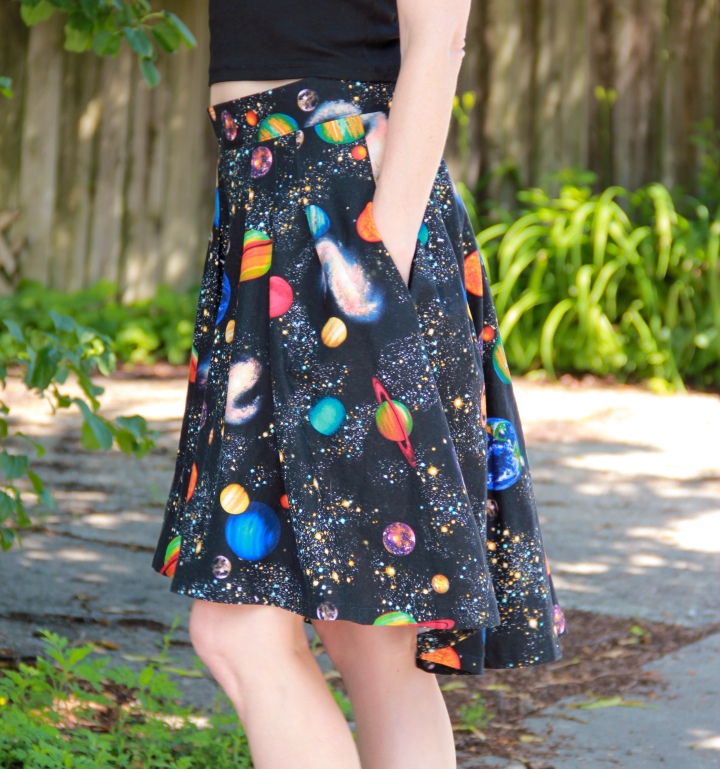 I’m even cool with wearing a crop top with the skirt, as the waist is high enough that there’s little chance I’ll give anyone an epileptic seizure with a sudden flash of dazzling white light reflected from my belly. 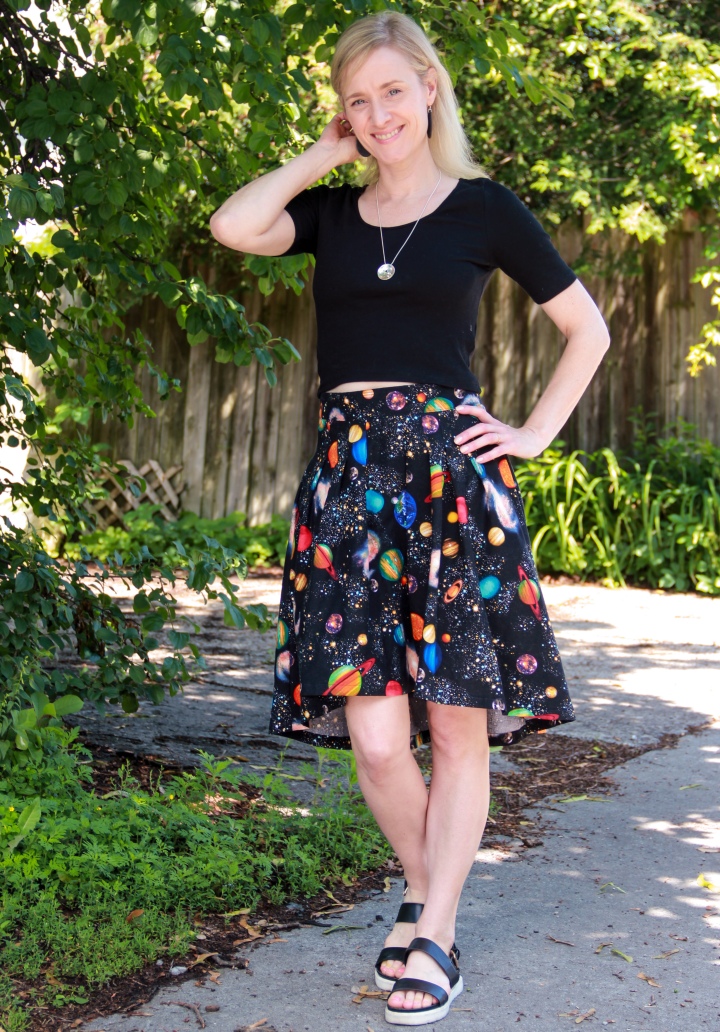 I accessorized the outfit with some of the silver jewelry I’ve made:

Thanks so much for stopping by for a look! 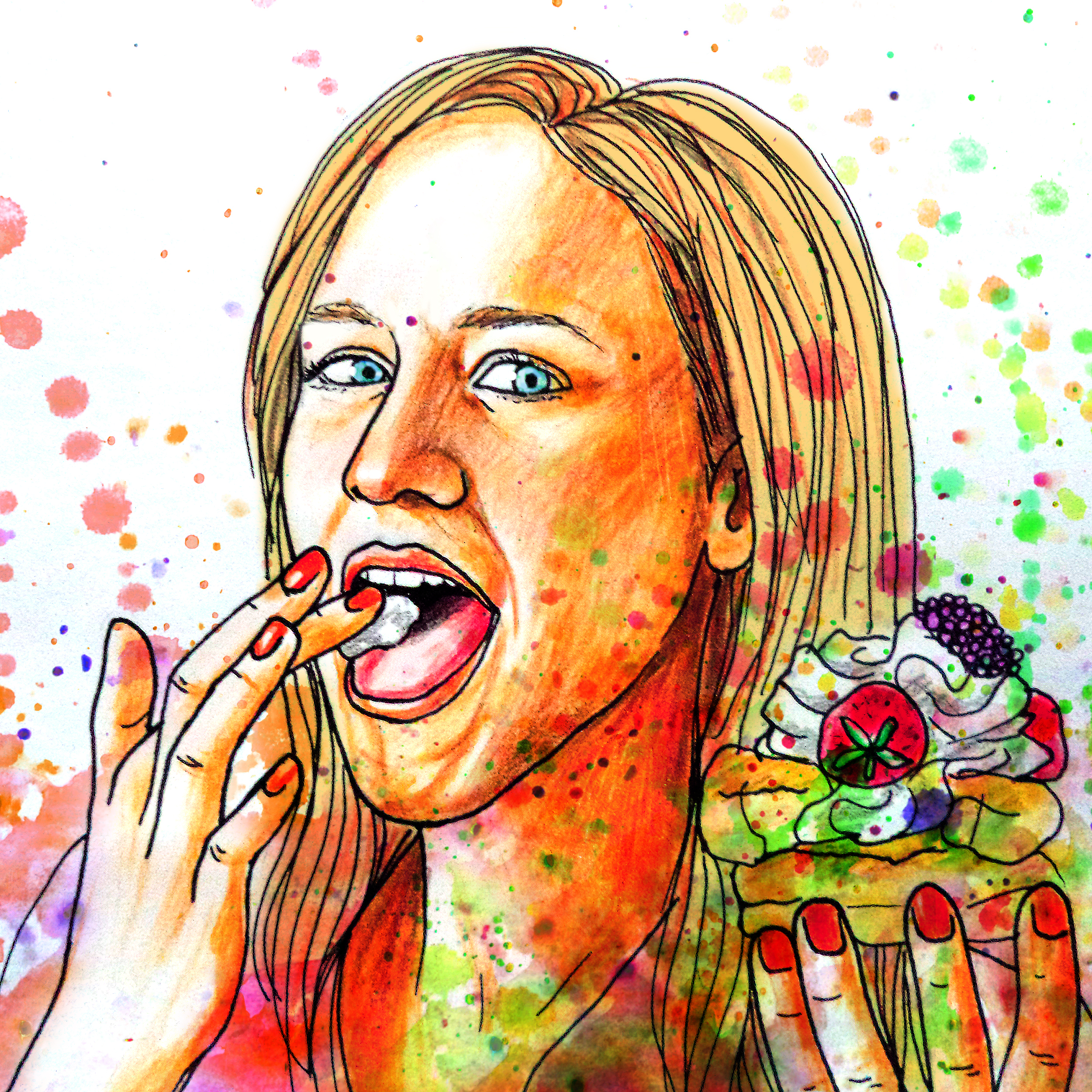